React Native, outstanding app performance with a single code base

What is cross-platform app development?

React Native combines the best parts of native development with a best-in-class JavaScript library for building user interfaces. It uses React principles and glues together native components with JavaScript. This means there is one single code base for iOS, Android, Web, desktop (both Mac and Windows) as well as other devices such TVs (via tvOS) or even your car (via CarPlay). React Native developers can now create exceptional native experiences with JavaScript code.

Reducing the cost of app development

Having separate applications for multiple platforms is very inefficient. It increases the cost of app development and reduces the time that can be spent on digital innovation. The cost of ongoing support and maintenance for the app also increases. Rather than re-implementing the same logic and UI across every single platform, app development resources can be utilised elsewhere. This helps to focus efforts on digital innovation and deliver new features faster than your competition.

Developing a React Native app will significantly reduce development time. It will also allow the digital development team to improve the user experience faster. React Native developers can prototype, iterate, improve and release features faster than development teams using multiple native SDKs. This shortens the time to market for your app, so you can start profiting faster.

React Native developers also have the upper hand when it comes to maintaining apps. It allows them to push updates to a live app without having to resubmit to the App Stores. This means that you can respond to user needs and feedback staggeringly fast. Additionally, you can gather market intelligence easily, because running tests or pushing updates will take minutes rather than days.

React Native's architecture includes a “fast refresh” tool that allows changes in code to instantly reflect in the UI. This is a huge benefit for any mobile app development company looking to streamline the software development process. React Native developers do not need to wait for native builds to finish. Save, see, repeat.

React Native is an excellent choice for organisations that want to hire a single developer for both mobile and web application development. As a subset of React, React Native allows you to build an app with common components and user interfaces across mobile and web platforms. This enables organisations to benefit from an increase in productivity and an overall reduction in app development costs.

React Native was open-sourced in 2015, and it’s come a long way since. It is now the most popular framework on the market for delivering universal mobile applications. React Native is the framework of choice for software companies such as Microsoft, Instagram, Bloomberg, Uber, Pinterest. A variety of startups such as Zopa, Smarkets and tons of other companies have also embraced React Native.

Choosing React Native doesn’t mean that features or functionality need to be sacrificed. React Native developers have access to a thriving ecosystem and a vast library of native components. There are components for navigation, data visualisation and charts, in-app payments, location tracking, vector animations and API integrations. The number of React Native components keeps on expanding every day. This makes React Native a great choice for developers that want to make sophisticated apps.

When building an MVP it is critical to get a version of the app into the market ASAP. React Native apps are cost-effective, faster to develop and easier to iterate and improve upon. This is why an app developed with React Native is an ideal choice for startups. Businesses looking to develop new digital products or services will also enjoy huge benefits.

React Native is ideal for companies who want to launch an MVP within a few short weeks or months. However, it is also important to scale the product quickly. React Native is a flexible framework that is ideal for rapidly improving the user experience or developing new functionality. React Native enables you to adapt as more insights are gathered on how the MVP is being used. Adding new features to the web or mobile applications can be achieved efficiently with React Native.

Startups or businesses looking to build an in-house team can easily find talented JavaScript developers. React Native is a modern framework, has clear benefits, is efficient, and has a high market share. It is therefore likely to be a technology that is around for a very long time. Therefore, there are strong incentives for JavaScript developers to learn React Native.

To summarise, these are the main reasons why React Native developers advocate React Native for cross-platform app development:

If you need expert React Native developers to help with your digital product development why not get in touch. We’re an ideal technical partner for cross-platform app development in React Native for both mobile and web applications.

Working with Milo was truly a fantastic experience. At every stage they went well beyond the requirements. They were pivotal to ensuring that the product was exactly what I wanted. They exceeded my expectations. I can't recommend them enough. 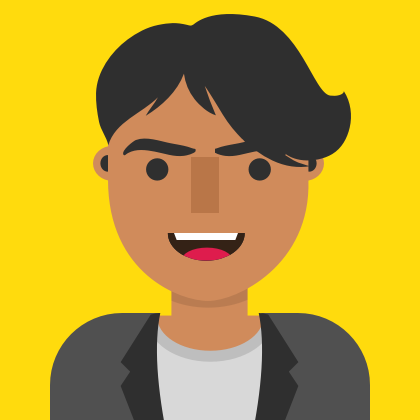 Back to the blog